PKD on Plotinus in The Exegesis 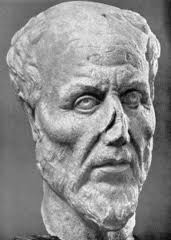 [4:103] The Other is not any one thing found in any particular place. It is a quality of (or rather visible in) all things, like a specific color. It shines through them at us. We see it and it sees back, as in a dialog.... Like Plotinus' concept of concentric rings of emanation, we encounter our Others in gradually increasing intensity and clarity; they become clearer to us continually.

The article said that it remains speculation, this orthogonal time, not for me is it, nor was it for Plotinus.

(I think what I experienced was the Neoplatonistic anamnesis which Plotinus mentions, but ... well, I hope so.) 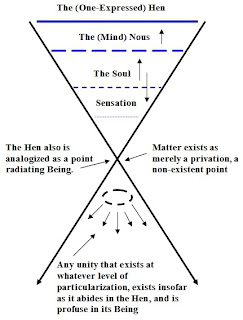 The former is the present; the latter is our future, sort of rising up from within, from potent to actual. This can be represented spatially in terms of rings, concentric, of actualization, à la Plotinus.

And then you are rewarded (cf. Plotinus) with a vision of the one behind the multiplicity, from which both realms—and hence the mid-realm too—emanate.

" if the past is within what we see (smaller concentric rings, constricted) perhaps one can reason that the future consists of larger rings than that which makes up our perceptual present; vide Plotinus." 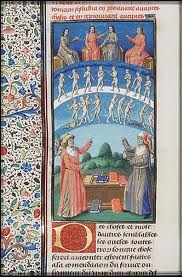 By viewing it as a non- spatial journey, Plotinus made it available to this lifetime. (I mean, if you're alive and in your body, how are you going to travel up past the planets one by one?) I see: Ubik stipulates that they are dead and so—so-to-speak inadvertently—has the divine—Ubik—available in the trash level: close at hand. So I'm not dead (v. supra). It's just that Plotinus is right.

...the other basic error in Western philosophy (held by, e.g., Pythagoras and the Orphics), corrected by Plotinus, was the error that the journey of the soul was spatial: first down from the cylum past the planets and then back up again (an error held, again, by Plato!). In this ontological view of the journey, rather than spatial, Plotinus anticipates Heidegger. The upper realm is spatially here, not there. I should know; I entered it, in 3-74. And if here, it can be entered in this life, not just after death! 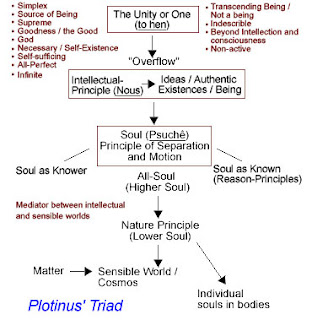 I have come to Christian Platonism and am very close (if not congruent to) Plotinus' Neoplatonism and the possibility, expressed by Plotinus, of experiencing the Form world and the Mind of the One, Valis being the One; have I not said that the essence of Valis is unity, that Valis above all is, through structure, unitary? This, then, is Plotinus' One or God. And unity is what I saw that made me realize I had seen Valis (as I call it). I know how the One can be the One; it is via Pythagoras' structure which is to say kosmos in the sense that Pythagoras meant that term to be used: "The harmonious fitting-together of the beautiful." I am, then, identifying Plotinus' One with Pythagoras' kosmos, with a hint of Sankara's doctrine about Brahman and the Atman. 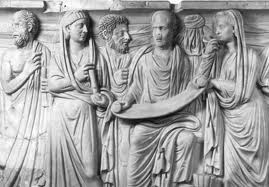 ...this did not have to do with Christianity per se but with the abstracting of essentials at the expense of accidents hence of Neoplatonism—which makes Valis Plotinus's One.*

Since creation is a hypostasis of God, as the Sufis say, one should look for beauty in it, as manifestations of the divine. There is no sharp disjunction between God and creation, because of the intermediary Word and the Forms. Plotinus' concept of "concentric rings of emanation" sums it up. 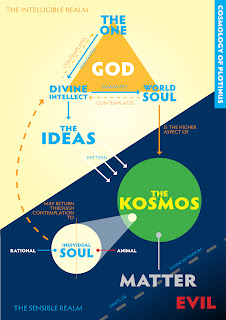 [53:E-8] Will Durant points out that the ascent in Dante's Commedia resembles Plotinus' ascent through the successive concentric rings. Absolutely; and I say, the passage over from the 4-D world to the 5-D—which are concentric or coaxial—is the crucial one—this line of thought leading back to my durable conviction that we (in our normal 4-D realm) are in Purgatorio; in which case passage to the 5-D realm is a fortiori a pas sage—truly and literally—from Purgatorio to Paradiso (not als ob but literally); this is what Dante is talking about, what happened to me.

also, here is what PKD said late in life about Plotinus in an interview with Frank Bertrand

FCB: Once your interest in Philosophy was sparked, how did you then pursue this interest? What books did you at first read? What courses if any did you take in philosophy?
PKD: I dropped out of college very early and began to write, pursuing my interest in philosophy on my own. My main sources were poets, not philosophers: Yeats and Wordsworth and the seventeenth century English metaphysical poets, Goethe, and then overt philosophers such as Spinoza and Leibnitz and Plotinus -- the last influencing me greatly.

HOWEVER, in another late interview with Gregg Rickman (book 2) he says this

"But I just went to the library and tracked these things down. Where I met my downfall was when I tried to read Plotinus. And I couldn't fathom what he was saying at all. Plotinus was not in print. There were no books then of his actual writing. There was a syllabus published by the University of Chicago--or Columbia, some goddamned university--and I couldn't make any sense of it. So I dropped philosophy at that point, and got interested in Jung, psychology, and veered off into that. So philosophy doesn't show up as much in my early writing as psychology does. Then philosophy starts coming back later on."

"The basic scientific discovery of my vast metaphysic, which I had written you about, was my postulation of two times ar right angles to each other, which I called vertical (which we normally perceive) and horizontal, which is the axis along which the objects in Ubik regress. Now I have the new Britannica, and in looking up the article on time, I find that, yes indeed, it is speculated now that besides the regular time there may be a hypertime which would be orthoginal, a word I didn't know; I looked it up and sure enough, it means at right angles. Also, someone (Kurt Godel, I think the Britannica article said) speculated that the orthoginal time might be curved, since time and space are regarded now as intergral, and space does curve; this hypertime would curve back onto itself...and hello, Gracie Slick and "Hyperdrive." The world of trash (e.g. s-f and rock) have done did it. The article said that it remains speculation, this orthoginal time; not for me, nor was it for Plotinus. So although I have discovered and invented nothing (which is "wu" in Chinese, and considered priceless) I have at least found something. The trash (to fuse Lem and Jesus as coiners of metaphor) of great price, for which a man sells all he has that he may acquire it."
Posted by Mr. Hand at 1:11 PM