sketch of first impressions from the RFA movie

Here's a collection of short posts I made after driving up to Reno to see the Radio Free Albemuth movie. A longer writeup of my trip and proper review should be coming soon, VALIS willing. 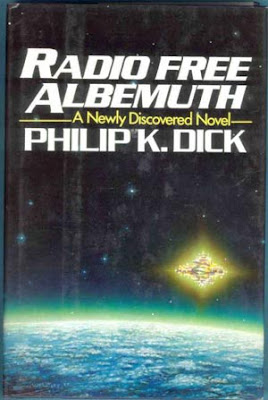 Shea Whigham as Philip K. Dick was a casting coup. He nails the man's deadpan humor with his laconic delivery but without losing the human.

The #RFA film is the first #PKD treatment to depict his "supernatural" experiences in a serious and sensitive fashion. No cheap laughs ever.

RFA is the story of the friendship between a SF writer + a man whose mystical visions actually improve his life--until he takes on dystopia!

RFA has benefit of being SF movie not pkd biopic, but has autobiographical elements--usually too easy a target, here they're treated justly.

Radio Free Albemuth can be compared to the Bill Pullman PKD movie, which has a more mean-spirited method of making the experiences laughable

Radio Free Albemuth didn't feel like an independent film. The acting+ production values were nothing short of a miracle, given their limits.

My mind was further blown when John Simon + Elizabeth Karr hung around after the screening+told us how they pulled off the casting+shooting.

Katheryn Winnick surprised me with her portrayal of Rachel in the #RFA movie. She brilliantly captured the loving harshness of a PKDian wife

Hannah Hall was terrifying as the honeytrap "teen" police state agent. Her seduction scene is the most sexy/paranoid PKD love scene on film.

When I crashed the SF convention(RFA played after the Hugos)I was carrying "the novels of PKD" to have something to kill time, ran into KSR!

Ended up having a really fun chat with Greg Bear and Stan Robinson about PKD, graphomania, question of whether he was touched by God, +film.
Posted by Mr. Hand at 4:27 PM