Notes on the Influence of C.J. Jung on Philip K. Dick 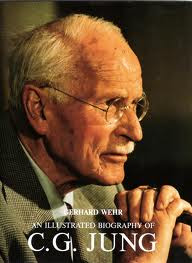 Philip K. Dick had a deep and lifelong interest in Jung, who I'll be arguing was an important source for Dick's notions of religious or esoteric ideas like gnosticism and alchemy. This document should be a great place to start for anybody interested in Jung's influence on Dick. And be sure to check out this TDH post about Galactic Pot-Healer, which is the only Dick novel that is explicitly a Jungian allegory.
Frank Bertrand on Galactic Pot-Healer (Josh Lind's paper is also discussed)

p.84 Following Jung's reading of Nietzsche (note 5), Dick conceived of a person's public personality as a "mask," and he followed Jung in imagining the unconscious as both "hermephroditic" (Paglia 85) and as the repository of the cthonic archetypes, archetypes understood as autonomous personalities that sreside in the unconcious.
"An irruption from the collective unconscious, Jung taught, can wipe out the fragile individual ego. In the depths of the collective the archetypes slumber; if aroused, they can heal or they can destroy. This is the danger of the archetypes; the opposite qualities are not yet separated. Bipolarization into paired opposites does not occur until consciousness occurs. (VALIS 10.164) (note 6)

...the passage indicates that as Dick read Jung, there is no prelapsarian state of grace which preceded consciousness; in the words of Lao-Tze of which Jung was so fond, "High rests on low"--in this case, the Dionysian, primordial archetypes that are the inheritance of each individual psyche (in VALIS [3.31] Dick refers to Fragment 54 of Heraclitus, "latent structure is master of obvious structure")... Dick imagines a movement from an original ontological duality to a Hegelian notion of an evolving, teleologically driven order. At the level of the personal psychology, this suggests that Dick reads Jungian individuation as the elevation and integration into consciousness of the shadow archetype.

p.94 I hope that this chapter will prompt a literary criticism of Dick's entire corpus that more fully accounts for his philosophical and religious obsessions, one that assumes that these obsessions are not late developments of his life (which they were not), or marginal in any definition of his fiction (they are not), but utterly essential to it... I have come to the conclusion that Dick cannot be understood fully except by approaching him through the great historiographers and hermeneuticists of esoteric religion and the occult: Hans Jonas, Mircea Eliade, Gershom Scholem, and, above all, Carl Jung.

notes
n.5 See C.G. Jung, Collected Works [Psychological Types] 6:136-146 for his discussion of "The Apollonian and the Dionysian." Jung's discussion of the "mask" in its most Nietzschean guise is in Collected Works :188-211 ("Anima and Animus"). His indebtedness to Nietzsche is discussed in Gerhard Wehr, Jung: A Biography, pp. 55-56; 72-73 and passim.
n.6 For help with this passage, see C.G. Jung, Collected works 6:199-221; and Works 4, 363ff.; also Gerhard Wehr, 49-50. His discussion "Anima and Animus" is relevant here (see note 5). The Exegesis passage in which Dick comments on his novel Galactic Pot-Healer (195-196) is also relevant here, as is his discussion of his own psychic "integration"
11. Girard's description of "possession" turns out to be quite similar to Jung's concept of "dissimulation," in that both describe one aspect of possession as being derived from projective identification. The fear of entrapment leads to dissociation rather than association (as in dissimulation). Dissociation is best described as the "possum response," an imitatio morte, or a "splitting off" of autonomous personalities. Jung refers to dissociation as a "means of adaptation" (Works 6:206). In a somewhat different discussion (in a book Dick probably read), Norman O. Brown, in Life Against Death (1959), in the context of his own discussion of the Apollonian and the Dionysian (Chapter XII), discusses projective identification, or dissimulation, using Freudian concepts and terminology. The cognate process Brown (following Freud) names an effect of the "narcissistic libido" (162).

here is an example of PKD doing a Jungian take on his "Divine Invasion experience:

[81:K-262] Now, consider what becomes of the human being failing to achieve (or receive) the Ditheon state, Jung's individuation or integration of the opposites (chemical wedding, mysterium coniunctionis, whatever, "birth in the spirit," anyhow the event in which what was not there before is there now and it acts to complement what was there that in itself was incomplete, so that the result is wholeness or—as I like to call it—justification). The human being recirculates the same ideas (info) over and over again, and, according to the statistical laws regarding entropy, the degree of order in the info irreversibly decreases, disorder increases, and the person mentally and spiritually moves inexorably toward death. Now, Schrödinger contends that a biological organism postpones its death (thermal equilibrium) by maintaining a relatively high level of order by incorporating negative entropy from its environment, and this is precisely the entering of the adventitious psyche; it is either injected or is ingested, offered by the environment or taken from it; in any case what was outside the organism is now inside the organism and incorporated into one total structure with what was already there;
Posted by Mr. Hand at 7:18 PM